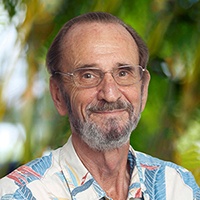 Dr. Cysewski co-founded the Company in 1983 and has served as a director of the Company since that time. Until June 1996, he also served as Scientific Director. From March 1990 to May 2008, Dr. Cysewski served as President and Chief Executive Officer of the Company and in October 1990 was also appointed to the position of Chairman of the Board. From 1988 to November 1990, he served as Vice Chairman of the Company. From 1980 to 1982, Dr. Cysewski was Group Leader of Microalgae Research and Development at Battelle Northwest, a major contract research and development firm. From 1976 to 1980, Dr. Cysewski was an assistant professor in the Department of Chemical and Nuclear Engineering at the University of California, Santa Barbara, where he received a two-year grant from the National Science Foundation to develop a culture system for blue-green algae. Dr. Cysewski received his doctorate in Chemical Engineering from the University of California at Berkeley. 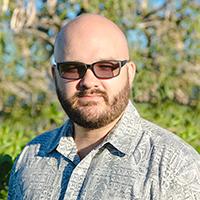 Mr. Custer has served as Cyanotech’s Vice President General Manager since 2019. He joined Cyanotech in 2015, as Manufacturing Manager, was promoted to Director of Manufacturing in 2016 prior to his current position. He has over 17 years of experience in the food and supplement industries. Prior to joining the Company, Mr. Custer served as Plant Manager at Hamakua Macadamia Nut Company for seven years. Prior to arriving in Hawaii, Mr. Custer gained valuable experience interfacing with the U.S Department of Agriculture and Federal Drug Administration while working in various management roles within the poultry industry in Ohio and New York. He served on the Board of Directors of the Big Island Chapter of Hawaii Food Manufacturers Association from 2014 through 2017. His education includes a degree in Accounting from the University of Hawaii. 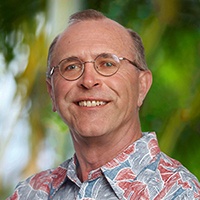 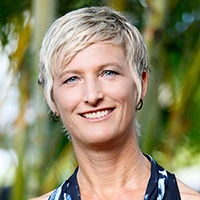 Ms. Johansen has 15 years of experience in quality and regulatory, and is a member of the Regulatory Affairs Professional Society, is an American Society of Quality certified HACCP Auditor, and is a Preventive Controls Qualified Individual (PCQI). Ms. Johansen is instrumental in building relationships with local and federal leadership and developing Hawaii as the next leader in the natural products industry. Since 2012 Ms. Johansen has been working alongside the United Natural Products Alliance (UNPA) to develop the next generation of congressional champions for the Dietary Supplement and Natural Products industry. She is the Chairwoman for the Hawaii State Chapter of UNPA and is on the Kona Kohala Chamber of Commerce Economic Development Committee and Sustainability Committee. Ms. Johansen attended the University of Oregon on a full athletic scholarship for basketball and obtained her degree in Psychology, with a minor in Organic Chemistry. 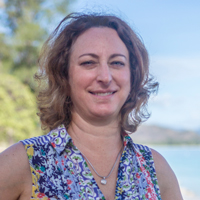 Ms. Ladin has served as Cyanotech’s Chief Financial Officer since September 2020. Ms. Ladin is a part-time faculty member at the University of Hawaii at Manoa in the Shidler School of Business. Ms. Ladin has over 15 years of finance experience with a proven track record in managing all aspects of finance with a focus on financial planning and analysis in the pharmaceutical and life sciences industries. From February 2015 to January 2018, Ms. Ladin served as Senior Vice President, CFO and Treasurer for Albany Molecular Research, Inc. From 2002 to 2015. Ms. Ladin worked at Teva Pharmaceuticals USA, Inc (“Teva”). Her last position with Teva was Senior Vice President, CFO, Global Specialty Medicines. Prior to that role, she had positions of increasing responsibility directing Teva’s financial planning and analysis operations and was tax director. Ms. Ladin holds a M.S. degree in Taxation from Seton Hall University and a B.S. degree in Accounting from the University of Delaware. 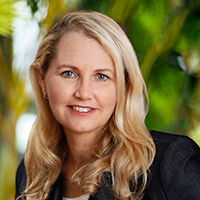 Ms. Nordin has served as Cyanotech’s Vice President of Human Resources, and Corporate Secretary since 2019. She joined Cyanotech in 2016 as Director of Human Resources. While in this role she received her Master of Human Resource Management degree from University of Hawaii-Manoa and serves on the Society Human Resources Management (SHRM) – Hawaii Chapter Legislative Committee and the SHRM Hawaii Educational Foundation Hawaii Island District Committee. Ms. Nordin has over 25 years business operations management experience with an emphasis in manufacturing, quality assurance, agriculture, and tourism sectors; with the last 20 years specifically concentrated on Hawaii and Pacific Asian business. Prior to joining the Company, Ms. Nordin was the Director of Operations and Sales at Hamakua Macadamia Nut Company, Operations Manager of HPM Building Supply, and Quality Manager for Molded Dimensions Inc. Ms. Nordin holds a B.S. degree in Operations Management from Marian University-Wisconsin and an M.B.A. degree from the University of Hawaii-Manoa with an emphasis in Pacific Asian Business. Amy has a passion to facilitate connections to promote community improvement and mentor Hawaii’s youth.